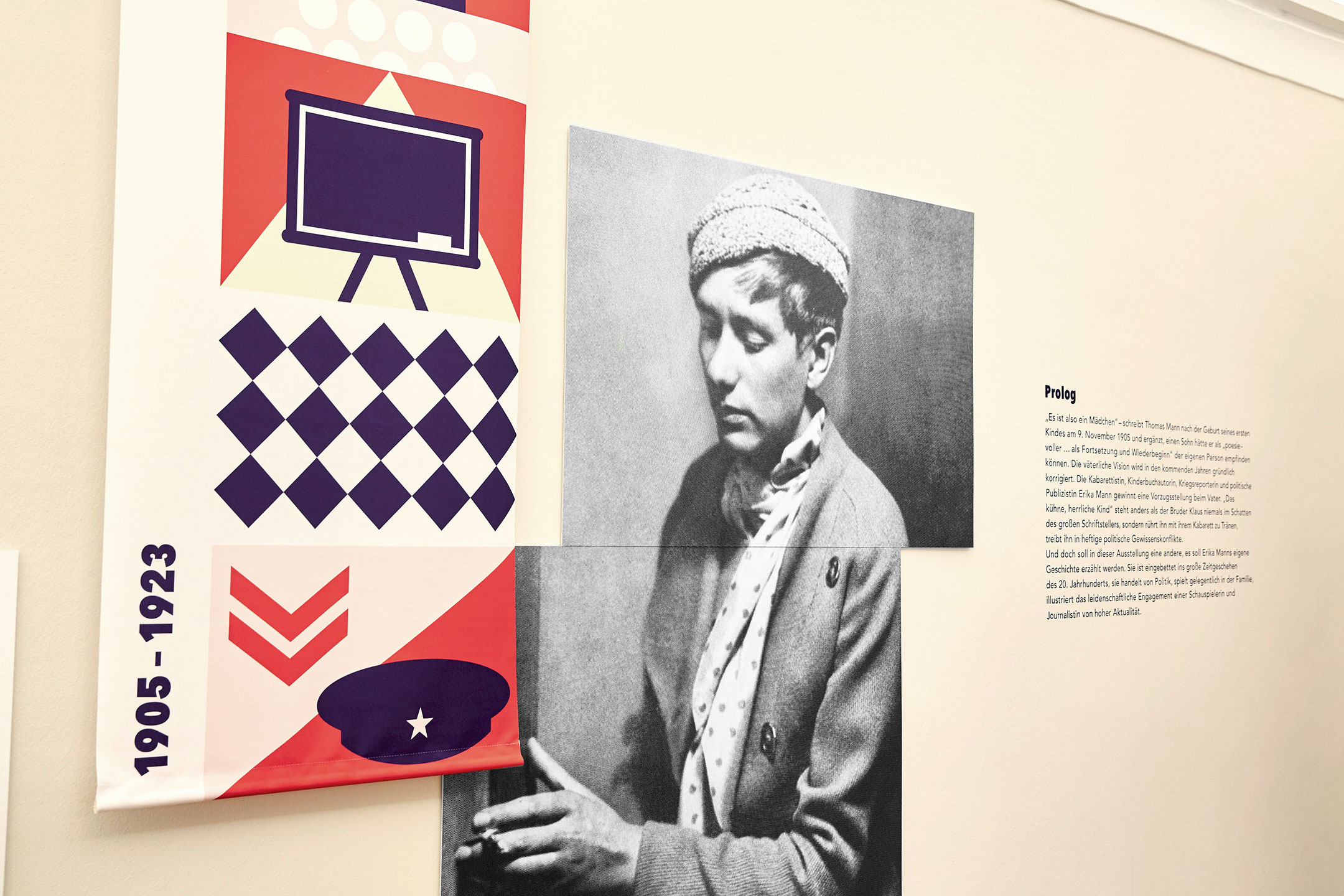 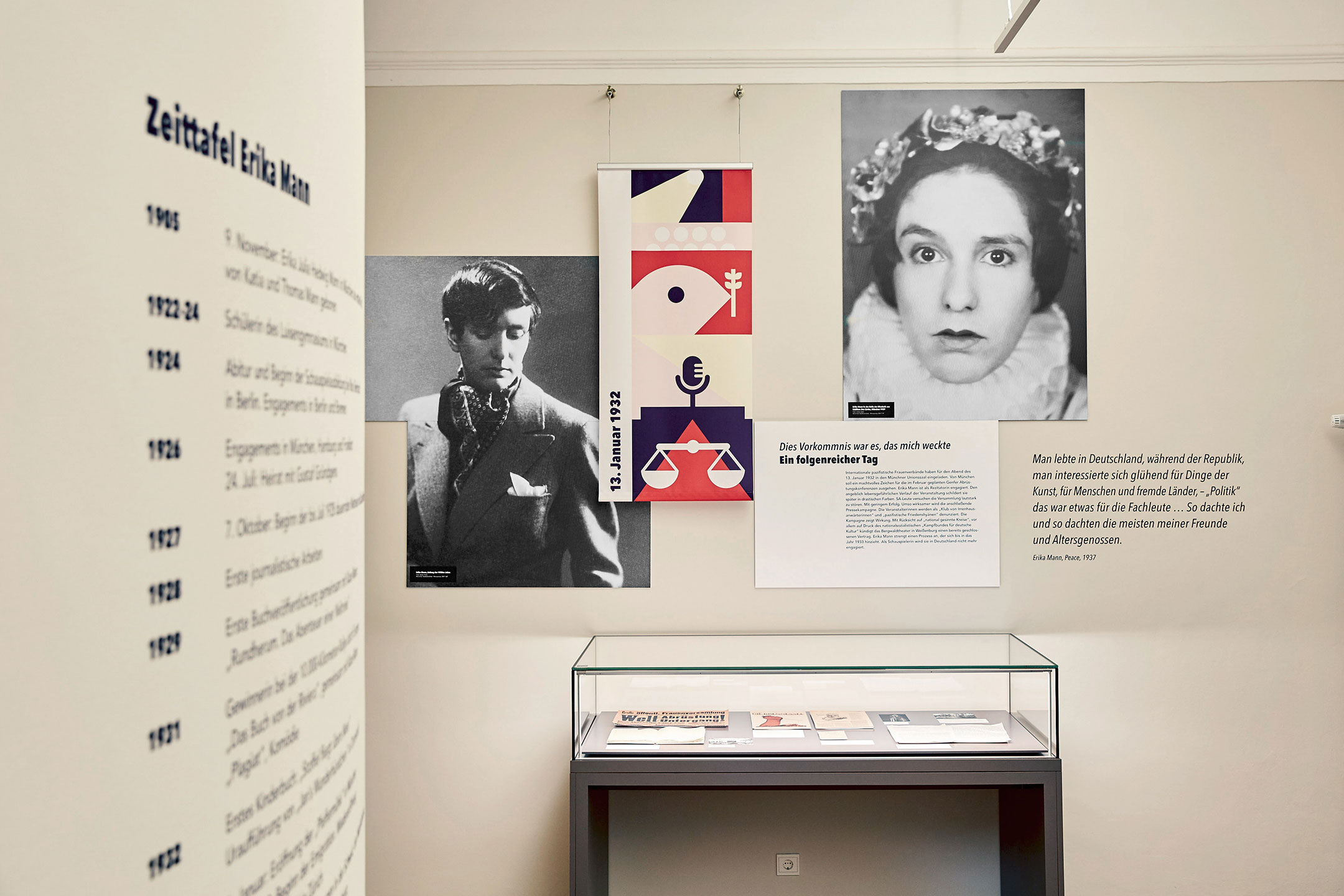 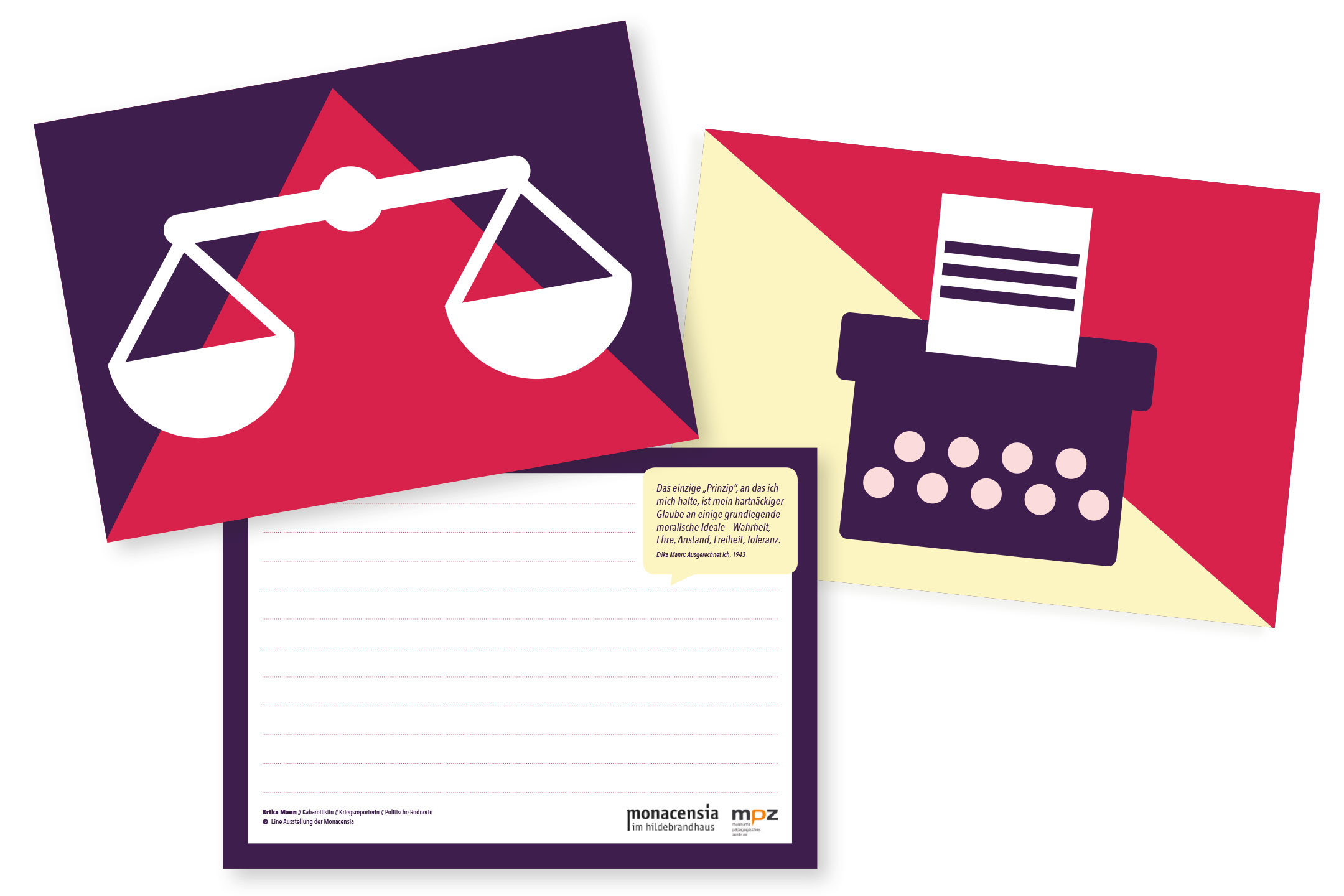 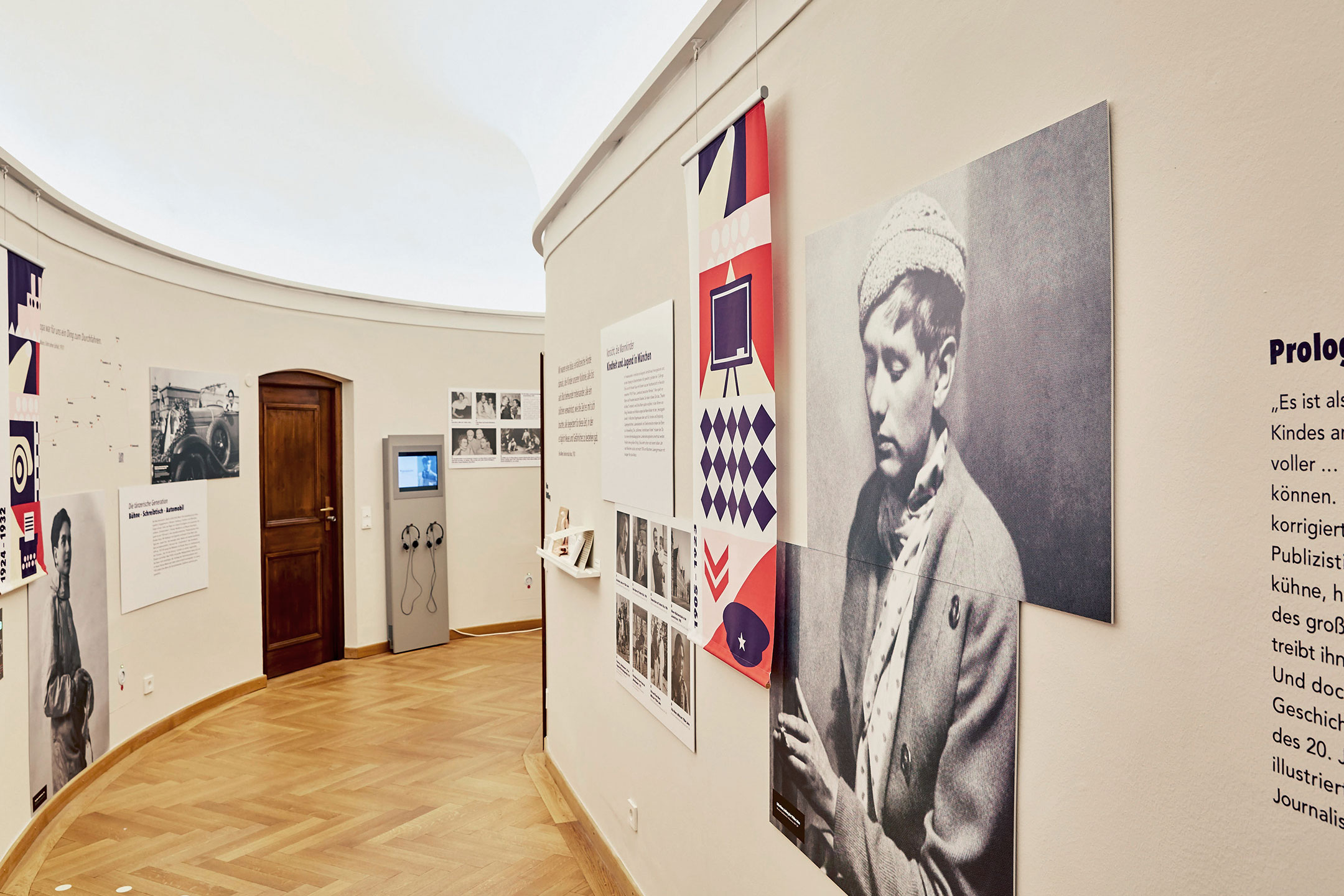 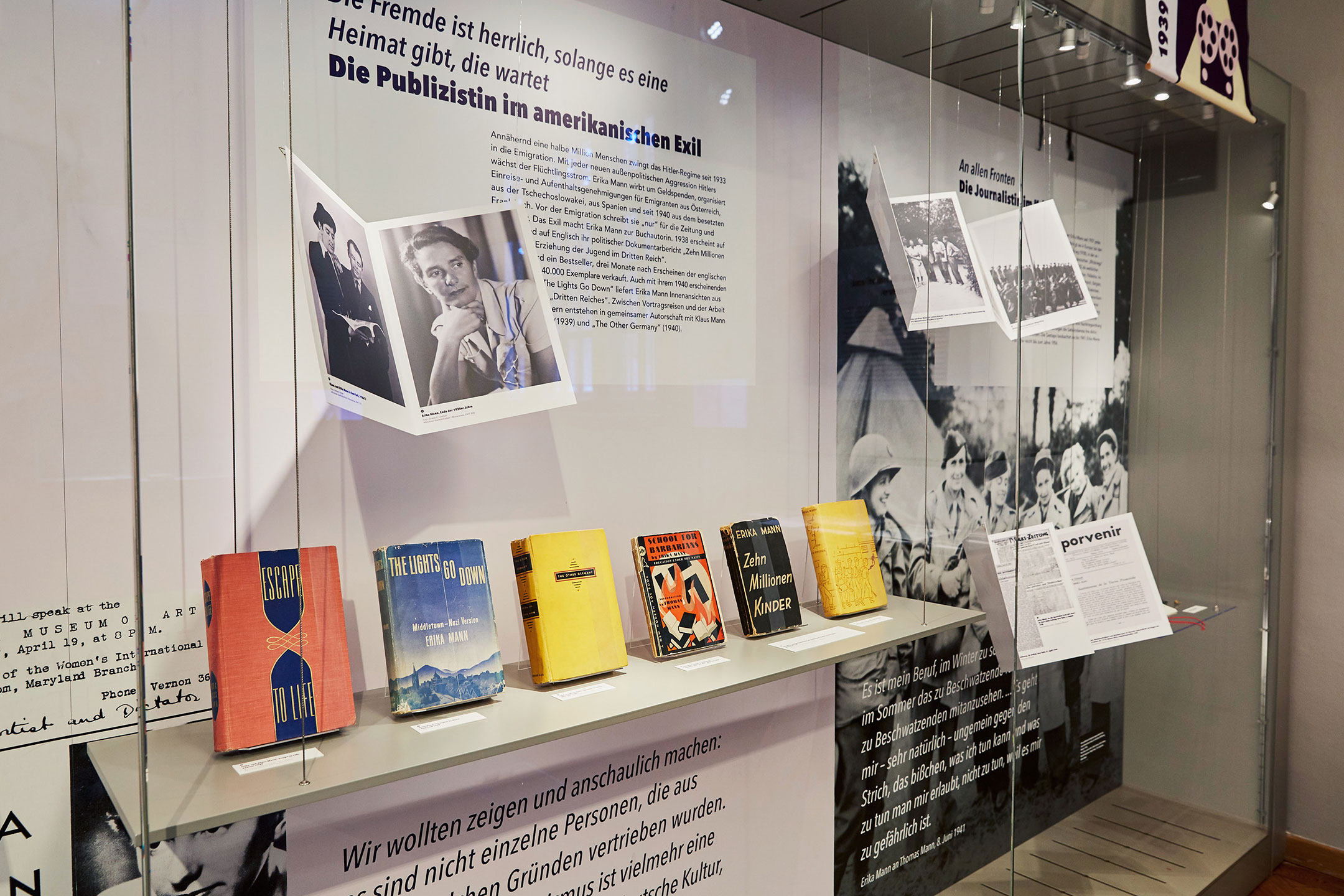 The exhibiton „Erika Mann. Kabarettistin – Kriegsreporterin – Politische Rednerin“ shows the life and work of Erika Mann (1905–1969) and focuses on her subsequent fight for freedom and democracy.

As a designer at the creative agency Büro Alba I worked on the concept and visual design of the exhibition shown at Monacensia Munich.  We created a colour concept and an icon system that illustrates the different steps in Erika Mann’s life. In addition we designed the whole layout and storytelling of the exhibiton. The exhibition was shown at the Monacensia literature archive in munich and at the national library in Frankfurt